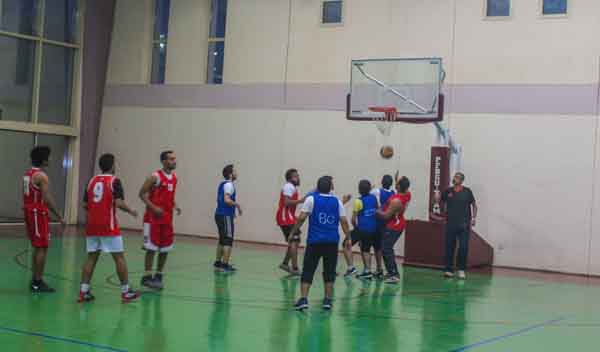 FBSU concluded its Basketball championship for the academic year 2014/2015 on Tuesday, March 10, 2015 with the Presence of VP for Academic Affairs Prof. Abdallah Lyzzaik, Deputy President Prof. Samih Isber, and Dean of Student Affairs Dr. Masaad Albalawi. The final game played was betweenlevel 8 and level 1 which was won after an exciting game by the former. The championship was concluded by distributing the golden medals and trophy to the winners and the silver medals to the other team.