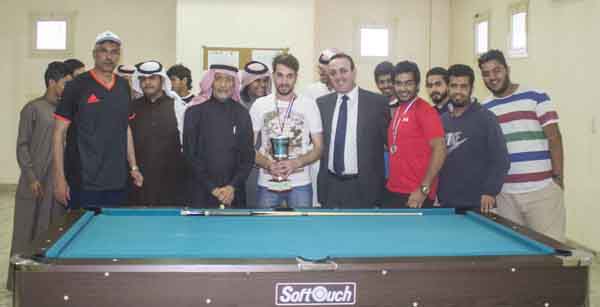 FBSU concluded its Billiards competition for the academic year 2014/2015 on Tuesday, March 10, 2015 with the Presence of Deputy President Prof. Samih Isber and Dean of Student Affairs Dr. Masaad Albalawi. The final game was between students Adnan Al-Ahmadi from the College of Engineering and Mohammad Saleh from the College od Computing which was won by the former. The competition was concluded by distributing the medals and trophies among the winners. 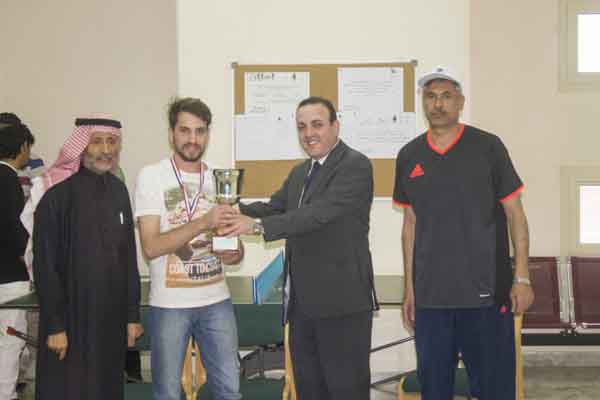