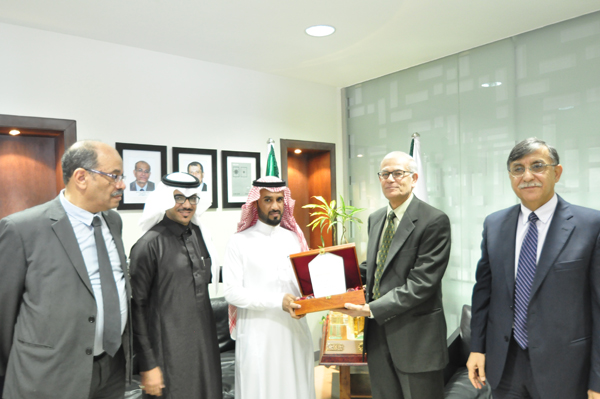 In recognition of the growing rate and danger of diabetes in the Kingdom and the region at large, FBSU observed the World Diabetes Day on Monday, November 30, 2015 with awareness lectures on diabetes and free blood tests for students and staff. The event was organized in both University wings of (males and females), in cooperation with the Ministry of Health which was represented by Dr. Zaki Zaki Ramadan Mohammad, Director of Non-Infectious Diseases Dept. of the Tabuk Directorate of Health. The event aimed to spread constructive awareness Diabetes among students and the general public to learn about the disease, its complications, and how best to treat it. Both male and female students contributed to the organization of the event and the distribution of brochures and flyers on this serious disease which is increasing at an alarming rate, according to experts.