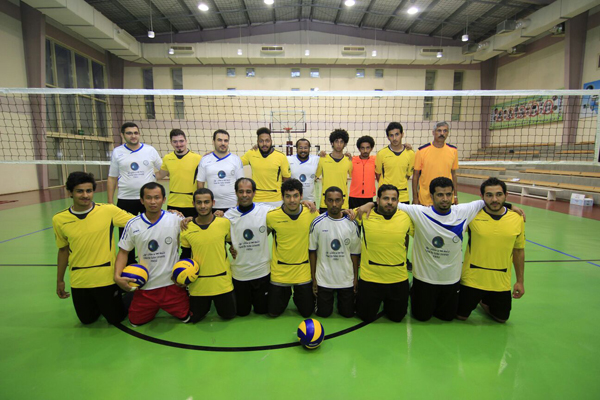 The FBSU Sports Center held the Volley Ball Final for the first semester of the academic year 2015-2016 on the evening of Sunday, November 22, 2015 in the University Volley Ball  court under the patronage of the VP for Academic Affairs Prof. Abdallah Lyzzaik. The Final was between the faculty members and the College of Engineering (CoE) teams and was attended by Dean of Student Affairs Dr. Masaad Albalawi, Dean of the CoE Dr. Hicham Hallal, Director of the Foundation Year Program Dr. Hussam Bayoud, and Dr. Salman Albalawi. The Final ended by the CoEwinning by scoring 25/21 and 25/23 in the first and second games, respectively.  Noteworthy that 14 University teams representing all colleges participated in the tournament.

The competition was concluded with Prof. Lyzzaik handing out the tournament cup to the College of Engineering team.